Fed up with oil drain plug leaking on Mercury 25. 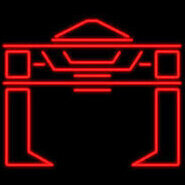 By Raycaster,
September 5 in General Discussion